- A Nicklaus Legacy Design That's Tops in the State

There are a growing number of golfers who feel that Florida is the Golf Capital of the US. Golfers from up north flock to the Sunshine State every winter to bask in the warmth and keep their golf game alive for when they return home. It's home to some of the best courses, they are open year-round, and their colleges have produced quite a few PGA TOUR players. Lee Janzen and Rocco Mediate went to Florida Southern University. Andy Bean and Chris DiMarco attended the University of Florida. Brooks Koepka, Daniel Berger, Hank Lebioda, Chase Seiffert, George McNeill, and Jonas Blixt all played at Florida State. And just last week, proud FSU alum Vincent Norrman punched his ticket to the PGA TOUR for 2023. Not to be outdone, the Women's golf team had six players added to the ACC Academic Honor Roll, including Amelia Williamson, who was named the 2022 Women's Golf Student-Athlete of the Year.

One of the reasons the FSU program is so successful has a lot to do with where they practice and play, and that facility just got exponentially better! The golf course at Florida State was originally built by William Amick and opened for play in 1962. The course was renovated by Bob Walker in 2004 and remained virtually untouched until a few years ago. When it was time for another renovation, legendary PGA TOUR golfer and course designer Jack Nicklaus threw his hat into the ring. His pitch to the FSU board was that he was now a Florida resident and had several family members that had attended the school. For these reasons, he should be given the contract. Oh, and he said that instead of his usual $2 million design and consultation fee, he wanted to win this bid so he would do it for $1. Apparently, there were no lower bids, and the Nicklaus Design Company was awarded the contract. The Don Veller Seminole Golf Course was getting a makeover...and a slightly new name.

The Don Veller Seminole Legacy Golf Course is a Nicklaus Legacy Design, meaning it's a collaboration between Jack Nicklaus and his son Jack II. General Manager Jaxon Hardy said, "Jack II spent quite a bit of time on site, guiding the design and construction process. The Golden Bear himself was out many times as well."

Strap yourself in; Seminole Legacy is a roller coaster ride up and down fairways to meticulously maintained greens. Along the way, you'll encounter the usual hazards like sand and water and the occasional stand of trees. That's not to say it's not fun, it's both fun and challenging. I've played Nicklaus courses where it seems that, as Robin Williams once said, "They put a flag in, to give you hope."

The golf course is meticulously maintained. Green surrounds are mowed very closely, so unless you're a proficient short gamer, you'll find yourself taking the putter out of the bag and putting your ball from well off the green. Greens seem to be Nicklaus' bread and butter, especially on his signature courses, and having played several Nicklaus designs around the country, I bet that Jack had a lot of input into the designs and contours of these greens. Like many Nicklaus courses, it takes a few rounds to get the feel of the course, where to aim your tee shots, and where to hit your ball on the green and get it close to the pin. A case in point is the green on Number 18; it's undoubtedly the most memorable green on the golf course and easily a two or three club difference between a front and back pin placement.

Seminole Legacy has several that you'll remember long after your ride home. Number 2 is short par 4, which I will call "Decision" because of the large live oak tree in the middle of the landing area off the tee. You need to decide if you're going to play your tee shot left or right of it. Hit a good drive and you'll leave a short chip shot into the green on this 335-yard hole (Gold Tees).

Number 3 is 160-yard, par 3 that plays downhill and is well-bunkered with deep bunkers left and one back right. The green is long and narrow with a lot of undulation and slopes back to front. It's very quick with a downhill putt.

The par 5, 4th hole at Seminole Legacy was so much fun, I had to play it twice! It's a slight dogleg left with a blind tee shot up a hill. If you can hit it over the trap on the left, you can cut off a significant portion of this hole and give yourself a good chance to get on in two. If getting on in two is out of your range, your best bet is to lay up short of the fairway bunkers. This will leave a short pitch shot into a very tricky green that slopes right to left.

Nicklaus throws in a great risk/reward opportunity on the short par 4, 8th hole. From the Gold Tees, the hole plays 260 yards with water down the entire left side up to the green. Nasty little pot bunkers dot the landscape in the area that would make for an easy layup and pitch shot. Instead, the bailout area
to the left presents a challenge as you'll be pitching uphill towards the lake. It's a short hole that can make or break a good round.


The last three holes will define your round at the Seminole Legacy Golf Club. Number 16 is a 400-yard test of golf. This daunting par 4 starts with a blind tee shot to a downhill landing zone that slopes to the right. Favoring the left side of the fairway will leave the best angle into the green. A good drive will leave a mid to long-iron into a green that slopes front to back and is guarded by water on the left. It's also one of the smallest greens on the course. Take a par and be happy.

Number 17 is a 370-yard par 4 with trees framing both sides of the fairway off the tee. The fairway is narrow and plays entirely uphill. Success off the tee will reward you with a mid to short iron uphill over sand traps into a well-undulated green with a severe false front on the left and several tiers. Being on the right tier is essential to scoring well.

Even from the Gold Tees, Number 18 is a long, 435-yard par 4. This slight dogleg left plays downhill off the tee and then back uphill. Avoiding the fairway bunkers in the landing area on the left side off the tee makes par - or better - a lot more realistic. The green is one of the largest and most interesting greens I have ever played. It's protected by a bunker on the right unless it's a back point, then the bunker's in front. The back right portion of the green sits at least two feet below the rest of the green. Jaxon Hardy says this is one of the easiest pin placements. Maybe, if you've played here before. For more information on Seminole Legacy or to book your next round, visit them online at www.seminolelegacygolfclub.com.

David Theoret has been in the golf and golf travel industry for over 10 years, primarily selling online advertising. For the past seven years, he has also been a golf writer, reviewing golf courses, resorts, destinations, equipment, golf apparel, and training aids - the latter of which never seems to help. David's articles and reviews have been posted on many golf travel and equipment websites.

Growing up in Southwestern Ontario, Canada, it was naturally assumed he would play hockey. Beginning at the age of 3 and continuing into his late 30's, he did just that. However, after one too many pucks to the head, he realized that golf was a lot easier on the body (whoever said hockey players were slow) and took the game up.

After moving to Florida and accepting a position with TravelGolf Media (now part of GolfNow) his love for the game grew exponentially. Most Saturdays you will find him on a course somewhere in Florida or on the practice range reinforcing his bad habits. David plays to a 10 handicap - unless there is money involved in which case it goes considerably higher. He currently resides in Lakeland, FL with his wife Belinda and their two "kids", Madyson and Molly. 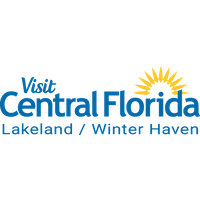